Showing posts from 2015
Show all

Don't Let Your Deadline Kill You 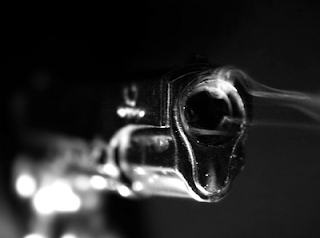 H ave you ever seen a movie where some guy hires a hit on his enemy then changes his mind only to learn that the hit man will not be called off? Usually, it’s either because the hit man is too “professional” to fail on the follow through. Either that, or he’s a sociopath who loves any excuse to kill. Sometimes,when I set a deadline, I feel like I’ve hired that hit man. The twist in my plot? He’s a friend of mine. I really like my deadline. He motivates me. He pushes me to be accountable, to produce timely results. Friends do that, right? But sometimes, that motivation takes a scary turn. My deadline starts to seem ill planned, so I pick up my burner phone and try to renegotiate. “I can’t be called off,” my deadline warns me. I start to think that I’ve somehow been drawn into my own hit. That when all is said and done, my deadline is going to be the death of ME. Last year when I started writing my third novel, I planned carefully. I wrote character profiles and a plot out
Post a Comment
Read more
More posts